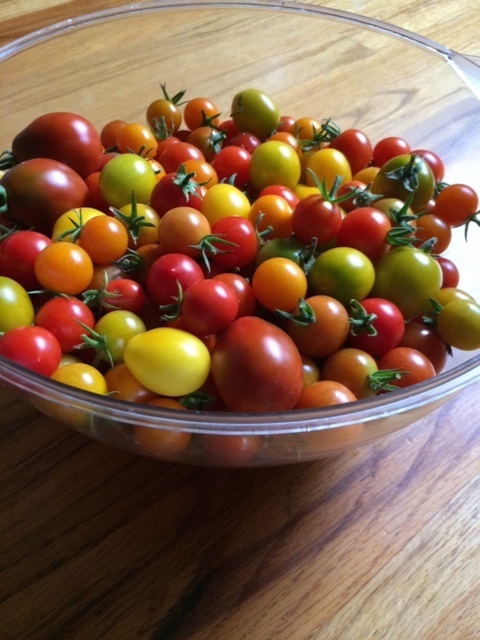 Posted at 21:50h in Nutrition by Paul Greenbaum 0 Comments
0 Likes

A great wonder of the human body is that it wants to heal; it’s always trying to right itself and come into balance.

In medical terms, this natural tendency to heal and reorganize is called homeostasis.

Food detox is fundamentally simple. A toxic body begins to clear itself as soon as you lessen the intake of toxins. It’s much like a military fort under attack: during an overwhelming assault, all  the defenders can do is batten down the hatches and try to survive. When the attack lets up, more active defense is possible. When the assault on the body lets up, by lessening the inflammation causing toxins in food, the body stops storing toxins and creating inflammation as a survival mechanism. Poison begins to be eliminated through the elimination channels of the liver, kidneys, lungs, skin, and especially the bowels.

How much inflammation gets eliminated, however, depends on the purity of the diet, and how open the elimination channels are. The degree of toxic intake from other sources also play a role. Clearing out the deepest toxic material may take many years depending, of course, on the degree that the organs and tissues are riddled with inflammation. It’s possible to do a great deal with diet. However,reaching the deepest toxins requires a special diet and other modes of detoxification such as dealing with unresolved mental/emotional traumas and heavy metals.

Cleansing And Building
Some people become detox nuts and want to consume only the most cleansing foods possible. They shun fish because of potential mercury, omit dairy because it may produce mucus and inflammation, and avoid meat and eggs because they are said to raise cholesterol. Other foods are skipped for a host of reasons, usually because fat has a bad reputation, or one does not wish to take the life of an animal.

Mostly these are extremely well-intentioned people that want the best for their health and the health of the planet. Some may end up consuming little more than vegetables, fruit, and soy or hemp protein. Those that favor the ultra-cleansing approach often gravitate towards the vegan, raw food vegan, Dean Ornish (extreme low fat), or the Hippocrates’ Institute approaches. On the surface, these seem like viable ways to health: one is eating pure, low fat, cleansing foods.

No one will deny that raw food vegan or ultra low fat diets are very cleansing. They are excellent for detoxification… at least in the short term. The problem lies in the long term. These diets may not have enough umph for most people to thrive. Perhaps one will feel very light and good for several years. Clearing toxins feels wonderful and as long as one has yet to deplete their mineral stores, they will continue to feel good. After a few years, however, the deficiency in raw protein, fat, and minerals may take its toll. One may get fatigued or develop a health problem due to deficiency.

Weston Price, the famous dentist/health researcher, travelled the world in the 1920s seeking answers to nutrition. He visited more than sixty countries and found no vegans anywhere. Veganism and extreme low-fat diets are products of modern societies. Indigenous cultures have always sought to consume high-fat animal foods because of the power they have to heal and preserve health. People would travel for hundreds of miles to find high-fat animal foods that had the strength to build the body. In the remote high mountain communities that consumed mostly milk products, couples could only marry in the spring when the grass had that tremendous burst of growth. The cows that ate the grass produced an extra rich creme, and the women that consumed the super creme were more fertile.

I have always insisted that one needs building foods, especially foods high in fat. If you have a strong body, it has more power to eliminate. A weak body that’s deficient in protein, fat, and minerals simply does not have the strength to detox well, no matter the purity of the food you eat.

Confusion also arises in the difference between raw and cooked foods. While it’s true that dairy may causes mucus, there is a huge difference between the effect raw, grass-fed dairy has on the human body compared to pasteurized dairy. The same goes for cooked versus raw fat. Raw fat is excellent for the body, cooked is less beneficial. Raw fat is the greatest deficiency I see in my patients. My ultimate detox diet does’t just cleanse, but also builds the body. It’s almost completely raw, and contains adequate fat and protein from healthy animals.

It’s not my intention to put down anyone’s way of eating. What you eat and why is a personal choice. Many vegetarians eat a certain way for spiritual reasons, and that is beyond question. But beyond likes or dislikes of taste and philosophy, I suggest finding what’s right for your constitution. I’ve found that most people do better to consume some animal foods.

Some body types are good vegetarians, but it’s less common, especially among westerners. Some yoga ashrams in India include eggs in their diet. Through many months of eating rice and beans, some have become so deficient their bones get brittle and break under normal stress, such as rolling over in bed. Of course, if you eat eggs you are not a vegetarian in the strictest sense.

It has been my long-time experience, both with patients and myself, that the raw, high-fat, adequate protein diet is the best for cleansing and building. If you choose to be vegan, please make sure you get enough fat and protein. Raw coconut and avocado are my two favorite foods.  And coconut and avocado are the vegan’s best friend, and are friends to nearly everyone.