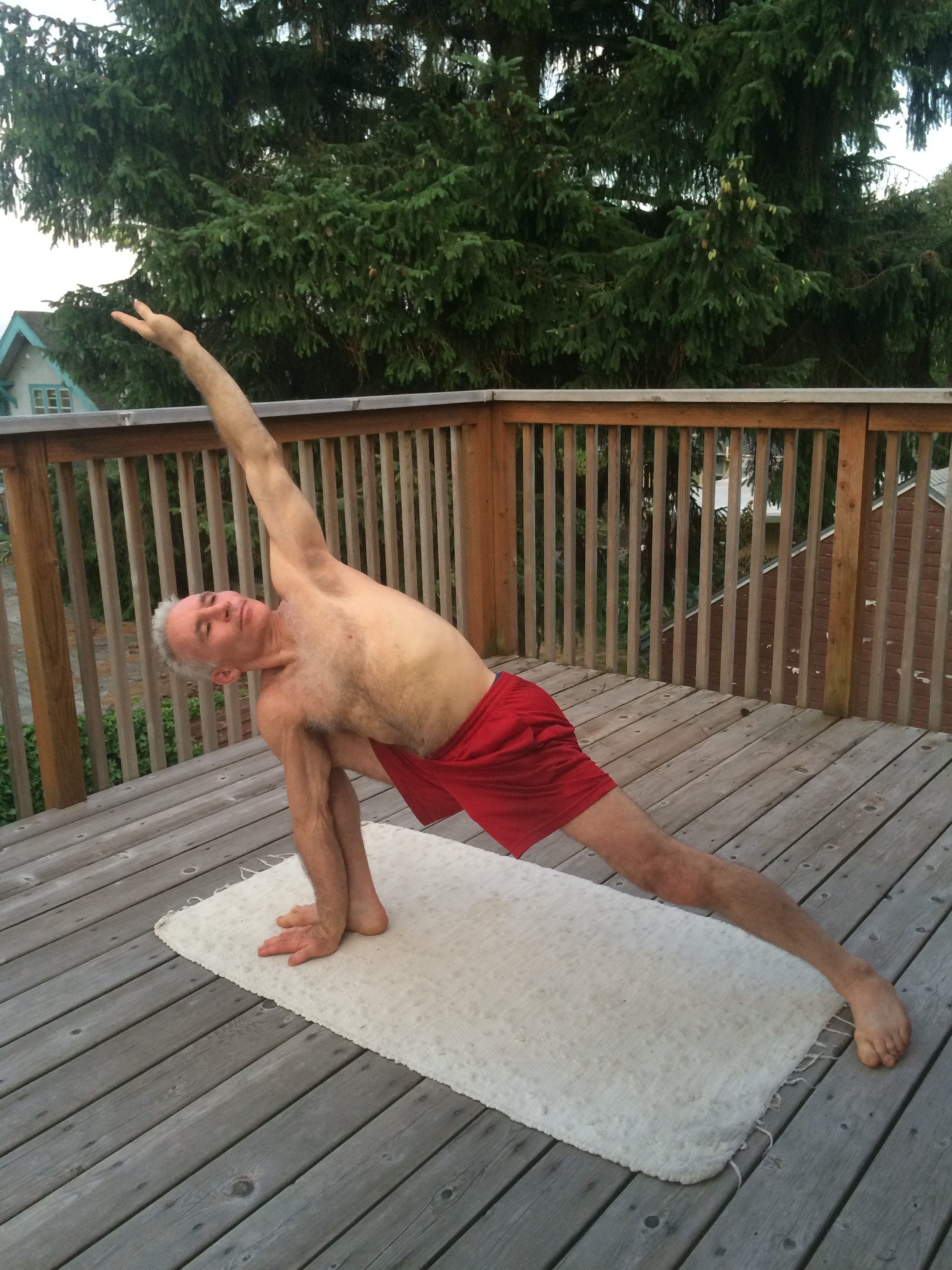 Posted at 21:44h in philosophy by Paul Greenbaum 0 Comments
0 Likes

When it comes to exercise, we’ve been taught that more is better, and without pain there’s no gain. One professional wrestler said his goal was to work out so vigorously, he’d have to be carried off the mat.

In stark contrast, the old yoga texts advised stopping exercise as soon as the first drops of perspiration appeared. Such a philosophy seems absurd to most, and yet there’s sound reason for it. Even modern exercise therapy has come to agree that more isn’t always better.From the Olympics to the pros—boxers, swimmers, wrestlers, and athletes form all sports—are finding that overtraining is not conducive to optimal performance.

Coaches who incorporate the proper balance of rest and relaxation between intense exercise often have better results in competition. Science has also shed light on the the Jim Fix phenomena where a highly trained athlete drops dead of a heart attack. It seems a mystery because the degree of their cardiovascular fitness is beyond question.

It’s found that intense, long-duration cardiovascular exercise, such as long distance running may tax and even damage the heart. Continuing to toil for extended periods may cause inflammation and subsequent scarring of the heart, especially the valves. However, science has yet to take the energetic factor into consideration: when the Qi is depleted, you may get injured, sick, or even die.

For example, if the heart Qi is deficient, one could easily have a heart attack.There’s a saying amongst Qi gong practitioners: if you perform hard exercise, you must practice soft exercise. And if you practice long enough, you may forget to practice hard. By building your energy through soft exercise you might feel so good that nothing else is necessary. Why? Because soft exercise builds Qi and develops the energy body. And with it comes health, joy, and vigor. (See circulation 2 beyond the physical.)

I’m not suggesting giving up hard exercise. On the contrary. Intense exercise can be fantastic for young and old. It has the potential to activate growth hormone, a veritable fountain of youth that perks up the entire body. Exercise, however, should reflect balance. And balance between yin and yang is a delicate, individual thing.

Mas Oyama
Thirty-five years ago when I was training martial arts in New York, I was interested in Mas Oyama, a Korean Karate master who is one of the most acclaimed men in modern martial arts. He killed a bull with his bare hands (I’m not glorifying that) and performed many other amazing feats.

He was obviously very skilled and one of the most macho fighters of his day. I was fascinated to learn that later in his career, he embraced the soft end of martial arts training.

He took two groups of his students and trained them from beginner to black belt level. The first group was trained in exclusively hard methods, such as strengthening the body, fighting techniques, and combat.

The second group was trained similarly, but also with soft methods, such as walking on rice paper, learning to extinguish a candle flame with the proper punch. (requires softness and relaxation), and other soft methods such as breathing and Qigong. By the time they reached black belt, the group that included soft-style training was not only more proficient, but also had better fighters.

Mas Oyama showed that a balance of yin and yang in movement and exercise builds more poise and grace.

How Did I Start Competitive Jiu Jitsu At 53?
The short answer is slowly.To get my body used to intense grappling, an activity I hadn’t done for decades, I went slowly. I took a one-hour private lesson on Mondays and Fridays. There were times my body was so sore, I needed the entire three days in between lessons just to recover. After four months, I joined the group class, a two-hour workout on top of my private lessons.

My classmates were much younger and a good deal larger.  I was sore a good deal of the first year. I developed a chronic pain in the front of my ribs from being flat on my back and crushed by larger opponents. After a year, my body strengthened and got used it. Presently I work out three to four days a week in jujitsu. I’m still sore, but intense grappling makes everyone sore. It’s a healthy sore from using the muscles.

The real question is how can anyone in their mid-fifties could take up something so vigorous as submissions grappling, and even compete in tournaments against men in their twenties?
I still had enough juice.

My many years of yoga, Tai-Qi, Qigong, (the practice and development of Qi), and meditation had developed my energy body and built a reserve of Qi in my body.
Biologically, I was young enough.

Build Up Your Qi By Building The Yin

Hard training may build the yang, but can deplete our Qi. The best exercise has a mixture of yin and yang, soft and hard. Much like I often build a person up with good food before they fast, I frequently suggest building up a reserve in your back account of Qi before embarking on a super hard exercise regimen, especially If you’re older and out of shape. There’s no better way to build up your Qi than to learn Qigong, yoga, or Tai Qi and the method of circulating and storing internal energy. As your energy, strength, flexibility, and overall health increase, then slowly begin more intense exercise.