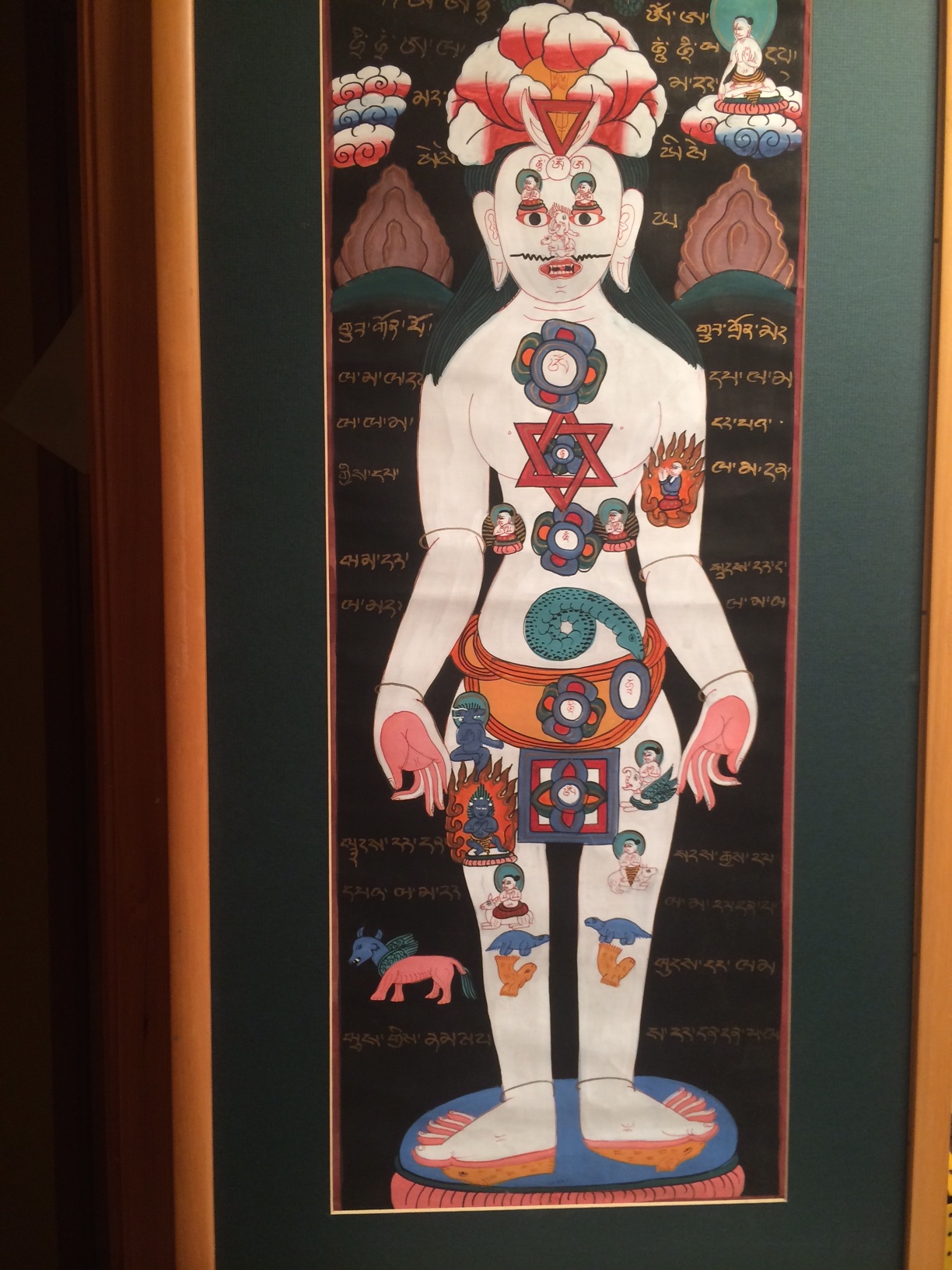 Posted at 21:37h in Healing by Paul Greenbaum 0 Comments
0 Likes

Compared to ancient systems of healing, modern medicines (allopathic or natural) can be fragmented and lacking in depth and understanding. The focus on the physical body seems to make sense because it’s right in front of us, but such an approach is terribly superficial. Illness comes from deeper sources which are de-emphasized or almost completely overlooked by science. Chinese, Indian, and Tibetan cultures have always embraced a holistic model of health. Their basic methodologies are well worth understanding.
The Five Levels Of Healing

Yoga views human anatomy as having five levels: physical, emotional, mental, unconscious, and spiritual. These levels are fields of energy that fit over each other like a glove to comprise the entire spectrum of human experience.

The Energy Body: The True River Of Life
Supporting and governing the physical body is the energy body, sometimes called the subtle, emotional, or electric body.

It’s astounding that science and medicine still doesn’t understand, or even acknowledge, the energetic body. It’s crucial to health and living a full life. But this is to be expected with Western science. If you can’t observe or study it, how can data be formed?

One Indian surgeon, after performing thousands of spine operations, stated that chakras––part and parcel of his own country’s knowledge––don’t exist. In all his many surgeries he never saw one. Allopathic medicine, though it recognizes that acupuncture stimulates the production of endorphins, doesn’t embrace the real heart of the matter: that acupuncture treats blockages in the energetic field. But denying the existence of something doesn’t change it’s effectiveness.

Shamans, Qigong practitioners, and energy medicine healers can help you by harmonizing the energy body. It is amazing to experience how much can be done without even touching the physical body.The energy body is where the real circulation of life takes place. It could be called the template of the physical body because problems show up in the energy body years before they manifest in the gross body.

The Nuts And Bolts Of Energetic Anatomy
Perhaps you’ve seen a chart of the acupuncture points? The points make up pathways, called meridians. There are twelve major meridians, which correspond to the major organs of the body. The Chinese observed that these twelve meridians and the extra meridians are the highways through which Qi or energy flows. Each meridian nourishes it’s corresponding vital organ or process and is part of a network of energy that’s absolutely crucial to life.

The 7 major chakras are energy centers located at the perinium, sacral center, navel, heart, throat, between the eyes, and the crown of the head. The chakras feed into the acupuncture meridians and pertain mostly to the physical body. The energetic body also contains energy centers off the body; the off-body centers pertain more to the energy body itself.

When the Chinese say “Everything is Qi,” they mean it literally: that the universe is a soup of Qi, and all life––including you––are part of it. It may appear that each life form is a separate entity. In reality, life is one; a colossal flow of energy. The energy body is the apparatus that allows communication and integrates the individual with the sea of life around us. Like a river, our indvidual energy will eventually return to the great sea.

Energy flows into the energy centers. From there it goes to the chakras, to the acupuncture meridians, and finally to the smaller vessels called nadis. Together they make an energetic network, much like the way blood flows from the huge arteries, to the smaller ones, and finally reaching the tiniest capillaries.

Removal of toxins is also accounted for in this network of energetic vessels. The energy body is a perfect flow of Qi, prana, or bioelectric energy and the key to physical health. It resembles an egg of energy, sometimes called the human aura. The energy body has its own set of senses. It sees, hears, smells, feels, and perceives. For example, the energy body’s sight is called clairvoyance. The energy body’s senses are more refined than the physical senses. Developing them opens up a new dimension of living.

Optimal Health Depends On The Flow Of Qi.
I spoke earlier about the absolute need for optimal circulation. Chinese medicine tells us that the blood follows the Qi. Really, everything does: blood, lymph, cerebral spinal fluid, the organs, glands, hormones, even the strength of the cells are directly fed and nourished by this flowing river of internal energy.
Good health is dependent on the balance of free-flowing energy in the energetic body. Like the physical circulation of blood, energy flows much like a loop or a circle. If any crimp or perversion exists due to inflammation in any part of the entire human organism, energy is no longer contained as it should be and leaks from the system. It must be emphasized that anything that’s crimping our health, be it a physical disease, stress, worry, improper food, overexercise, depression, anxiety, overeating, or lack of peace, acts as a thorn in the flow of our energetic system and causes leakage of our vital Qi. As Qi leaks faster than it’s replenished, our reserve energy (Jing) also becomes compromised. When our Qi and reserve are depleted, our consciousness (Shen) becomes unsettled and we feel anxious and not quite comfortable in our skin.

Energy Malnutrition
As energy leaks from our system, we get progressively older and this results not only in less overall energy, but also a perverted flow of energy. The corresponding part of the physical body will lack nourishment and eventually develop a problem. A serious disease isn’t built overnight, but frequently takes decades of faulty circulation. It’s not age, but the circulation in the energetic field is substandard. When subtle circulation is obstructed, the corresponding part of the body is malnourished or imbalanced. Physical disease (organic malfunction), fatigue, and aging will inevitably result. If the navel chakra responsible for digestion is impaired, the stomach and spleen meridians, the vessels that supplies the digestive system with energy will be affected. Sooner or later there will be a problem.

Developing The Energetic Body
Purification and development of the energy body— damming up the leaks in the system, untying the psychic knots, and increasing the flow of vital energy—has always been the goal of Yoga and Qigong. They are detailed sciences devised to methodically increase the internal energy and the way it circulates through the inner channels.

To Kundalini yoga practitioners, the goal is to purify the subtle energy body. When the chakras have opened, and the breath and energy are perfectly balanced in the Ida and Pingala (major energy channels on the right and left sides of the body), an internal signal is given. The prana (Qi), rises up the Shushumna, the center channel of the spine. When the Kundalini rises to the crown chakra, one supposedly becomes awakened.

This has been called Shakti meets Shiva. Shakti is your personal energy. Shiva is the universal energy. When the two meet in the crown, it is like a river emptying into the ocean. As a biproduct, your intelligence is said to increase a thousand fold. Unlike most of us who use only a tiny portion of their latent power, one taps into the full potential of their brain and life force.

Preparing one’s body for the awakening of Kundalini has been likened to rewiring your home to be able to accept a much stronger flow of energy.

The normal home, like the normal body, can’t handle an extraordinarily high frequency of power. Electricity must be stepped down; if we used power straight off a high tension wire, the wiring in our homes couldn’t handle it; it would short out or burn up. The same is said for the normal body: if exposed to the full power of the Kundalini, it will short out, sizzle up, and possibly be damaged. Certain, specific practices of yoga gradually clean and open the energetic body to be capable of handling a much greater flow of energy. Preparation must be careful and thorough or it could imbalance the practitioner.

Qigong also prepares the body to handle an increased flow of energy, and is the Chinese counterpart to Kundalini yoga. The practice is similar, but Qigong has it’s own marvously distinct flavor. Like yoga, its purpose is to open the subtle pathways, generate, circulate, and store Qi in the body. Qigong has many methods, but, through specific exercises, the strength and character of the three Dan Tians are built. (The lower dantian is the sex center, responsible for animal power; the middle dantian is the heart center, concerned with the ability to give and receive love; the upper dantian is the third eye, responsible for vision, clarity, and the ability to see.)

As energy is generated, the center channel is opened to accept an even greater flow of vital Qi, and in conjunction with the development of the three dantians, one experiences health, joy, love for life, ecstasy, and clarity. Frequently, energy is circulated through the microcosmic orbit (the Conception and Governor vessels), as well as other important channels. When the practitioner is ready, the sexual center vibrates with energy and, like Kundalini yoga, energy rises up the center channel to the crown chakra. When the personal energy merges into the universal, one awakens to the oneness of life.

Healing is an important branch of Qigong. The practitioner may extend their stored Qi into another to improve their health.

Tai Qi literally is Qigong and so contains similar methods of energy circulation that benefits health. But because Tai Qi is a martial art, it enables one to use the increased internal power to defeat an opponent.

Though each system has slightly different goals and methods, they all develop the subtle energy body to supernormal heights. An abundance of Qi is attained and a superior flow exists in the subtle system. The health and vigor of such an individual is proportionally heightened, and they experience more bliss and joy in their lives. 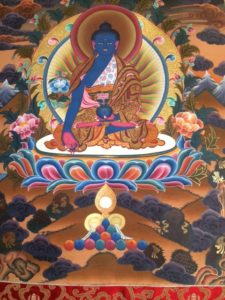 Buddha and all awakened people have a clear, free flowing energy field. The Halo of Christian Saints represents the same phenomena.

The True Self
Our true self, the spiritual body, is pure consciousness, or awareness. It’s the part that never changes. It’s indestructible, immortal… a perfect unified part of the whole. Nothing has to be done to improve the spiritual part; it’s already perfect, in deep joy and bliss. We just have to recognize what we are.

Physical vitality also affects the higher levels. If one loses their Qi (vital energy), the consciousness can become unsettled and may leave the body.

True health is freedom on all levels: one possesses physical vitality, an open heart, clear vision, and the ability to live from the viewpoint of the spiritual self. Deep, long-lasting peace comes from seeing the separate ego self for what it is, and opening to the oneness of life. See Awakening