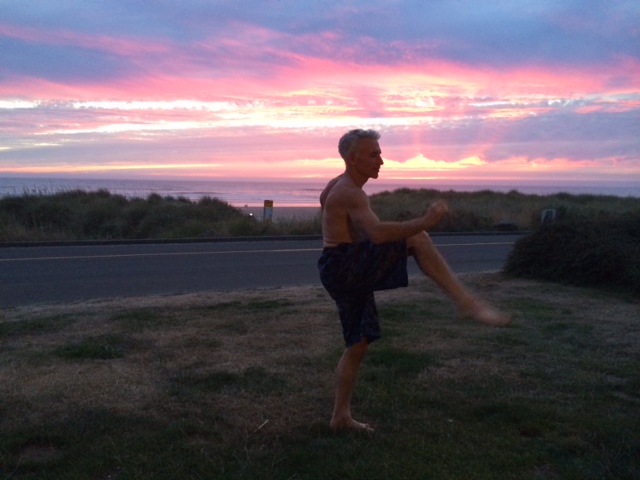 You may have seen Tai Qi, a slow-moving, esoteric-looking exercise that millions of Chinese people perform at dawn. It hardly looks like exercise at all. And watching it can’t possibly do justice to the way it feels, especially when you become proficient enough, so that you know the movement well. When you can flow through the form without thinking much about it, you feel like you become part of nature. I wish everyone could experience the ecstasy and the health benefits that come with this art.

Tai Qi contains many benefits, which is why I consider it a great gift to humanity: it’s a powerful marital art, a unique exercise for health, energy development, and moving meditation. Tai Qi can be performed at all ages, even by the very old and sick.

• Self defense (if the martial arts aspect is practiced and developed)

Lets look at some of these benefits in more detail.

Tai Qi As Exercise
Tai Qi is a rare and unique form of exercise. It strengthens the legs, makes the joints more supple, and is a weight-bearing exercise. Performing the full form of Tai Qi provides an excellent work out for the legs, both internal and external.

Strong Legs
To a Chinese doctor, the strength of the legs may even be thought of as a ruler for one’s health. By gauging the strength and flexibility of the legs and joints, a doctor can learn how efficiently blood might be pumped back to the heart via the veins. On the energetic level, crucial acupuncture meridians pass through the legs.

Bundling The Benefits
Chinese people generally practice outside in the early morning, which adds the benefit of fresh air, ultraviolet light, and the colors and vibrations of nature. Contrast that with working out in gyms with florescent lighting, stale air, and blaring televisions. It’s even better if you can practice barefoot on the dewy grass. I love practicing in the early morning before breakfast or in the evening. Tai Qi in the dark is an amazing experience!

The Practice And Development Of Qi
A sick, damaged, or weak tree will not flower. It may have leaves—the very minimum to survive—but flowers come only to the healthy plant. If a human is fatigued, life is survival, an uphill battle, difficult even to make it through the day. Energy affects every aspect of our living, even the emotions. Abundant energy is the hallmark of health. With overflowing energy, one is more confident, charismatic, and especially joyful.

Cultivating The Energy Body
Tai Qi develops and cultivates energy in a scientific manner. One begins by placing the tongue on the roof of the mouth, which forms a link between the governing and conception vessels, major channels that run on the front and back of the body. As one practices the form, a series of slow, focused, flowing movements, energy is generated.

When we stop moving, we stand and gather the saliva that has gathered in our mouths, a sign that the parasympathetic nervous system has been activated and we’ve gone into a yin state. Then the saliva is swallowed down to the Dantian or Hara. After concentrating on the Dantian for a few moments, one begins circulating the Qi in the governing and conception vessels.

At first, it may seem like one is imagining it, but as time goes on, the flow of energy rushes through the channels like a powerful river, signifying that the channel is patent.

With years of practice in conjunction with a healthy lifestyle, the Dantian eventually becomes full of Qi. When the Dantian is full, the Oi overflows to the legs. The legs are considered the reservoirs of Qi. Advanced Tai Qi strives to open up other meridians as well. When one is full of Qi, they are thought to be beyond danger of sickness, as one brimming with energy will be able to fight off any pathogen.

Overcoming Disease
Using the principles of building and circulating Qi, Tai Qi will help with many health problems, because disease is ultimately caused by lack of energy and perversions in energy circulation. If one has a specific problem with a system or organ, they can utilize the Chinese clock. For example, if one is having liver problems, they can wake up between 1:00 A.M. and 3:00 A.M. to perform Tai Qi and then go back to sleep.

Tai Qi is great for toning a sluggish lymphatic system. Lately, Tai Qi has gained a lot of medical interest in treating balance disturbances in senior citizens and those suffering from brain dementia. It can be used to heal the brain because Tai Qi is a form of balance/ proprioceptive training, the unique method of shifting weight. Weighting and unweighting your feet is what builds the brain-nerve-muscle connection.

A Martial Art
Ultimately Tai Qi is one of the most effective and sophisticated martial arts. With such roots, one can never get away from the fact that Tai Qi is combat based. However, Tai Qi’s approach to fighting is unique. Force is not used against force, but the attacker’s strength is used  against him. One evades and yields to an opponent’s attack and topples them at the perfect moment. When the opponent is off balance, it takes very little energy to overthrow them.

The Feminine
Taoist philosophy has always embraced the feminine qualities as the road to inner peace and harmony. The masculine mind employs control, conquest, action, outcome, and profit. The masculine goes after the challenge and pits his will against all odds. The male mind loves the struggle. The masculine asks “How’s goes the battle?” To the masculine, life is a battle, and you must struggle, attack, overpower, and don’t give up until you win.

Such a philosophy may work in the physical world, but not the inner world.

The feminine surrenders; she is fertile, open, and receptive. The feminine is a womb through which life is created. She is a valley, a hollow, which accepts life. She does not resist, so life flows into her and through her to give life to others. A woman is skilled at waiting, as she must wait for many things in life, including her baby. Nature made no mistakes in that men don’t carry babies. Even if a man had the emotional strength to have a child, which most don’t, he would probably try and figure out some way to do it more quickly and efficiently. The masculine believes he can exert his will on nature, and even improve her.

Cultivating Softness
Regardless if you practice Tai Qi for martial arts or for health, Tai Qi maintains that softness overcomes hardness, and yielding receptivity and surrender will overcome strength. Ultimately, this way of living wears off on you. You begin to walk the path of the feminine. This entails surrender to life itself. When one is able to let go of the ego or self-identity, they attain true inner peace, a balance between yin and yang, and oneness with life. It’s not intellectual but a real experience.You stop struggling against the current of life and, instead, float with the current.

Personal Experience
I started Tai Qi at 21. I was living in New York City and my friends and I liked to party. We’d hang out and, occasionally, when there was nothing else to do, someone would suggest going to Maine. It didn’t matter what season. We loved to ski, camp, hike, or just look at the foliage. Nor did it concern us that it was 10 or 11 at night, we’d pile in the car, always ready for the 8-hour trip.

On one of those whims, we arrived in Rangely Maine around 7 in the morning. I’d been the driver and hadn’t slept at all.  We pulled into a diner for breakfast. My friends stormed the little place, eager for food. I pushed out of the car slowly, feeling exhausted. I watched the door close as the last of my friends went inside the diner. I walked around the back.

There was a flat grassy area with a view of Rangely lake.
I slowly performed the entire Tai Qi long form. Exhausted, I had no energy to think. I just let myself go into the movement. My teacher had always said that one should practice as if you were moving under water, that you should feel yourself moving through the air as if it were thick as water.

During the movement, I felt the queer sensation of disappearing. I was there, yes, but there was less of me. It was as if the boundaries of me and the soup of life around me eroded. It was ecstatic. I had become part of nature, of the air and earth, and the energy all around me. When, after 30 minutes or so, I finished, my body was alive and tingling with Qi. The difference was startling. I felt as refreshed as if I had a good night’s sleep. I went inside, ate a big breakfast, and was ready to meet the day. My buddies didn’t fare so well. After we set up camp, they all crashed till dinner.

Tai Qi is a gift within a gift. No matter how many times you unwrap it, there’s still more. 39 years from the day I started, I’m still practicing most everyday. At 60, I’m even more excited and discovering deeper levels. I like to practice first thing in the morning and at night before dinner. Tai Qi is one of the best exercises for ecstasy, and practicing is one of my favorite times of the day. Especially barefoot in the garden in the warmer months, or even in the winter with a down jacket. You feel like you’re gliding through the soup of the universe. Why is it so ecstatic? As soon as your Qi begins to circulate, you feel joyul sensations in your body. The mind drops and one often feels a mingling with nature. It’s bliss! 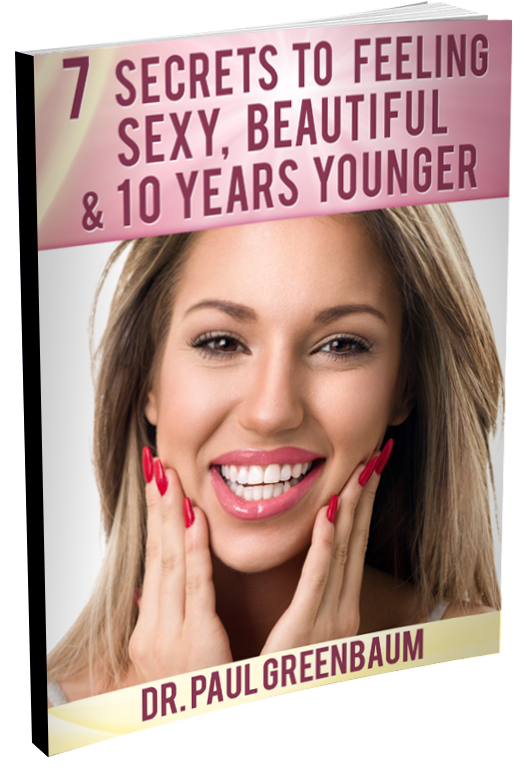